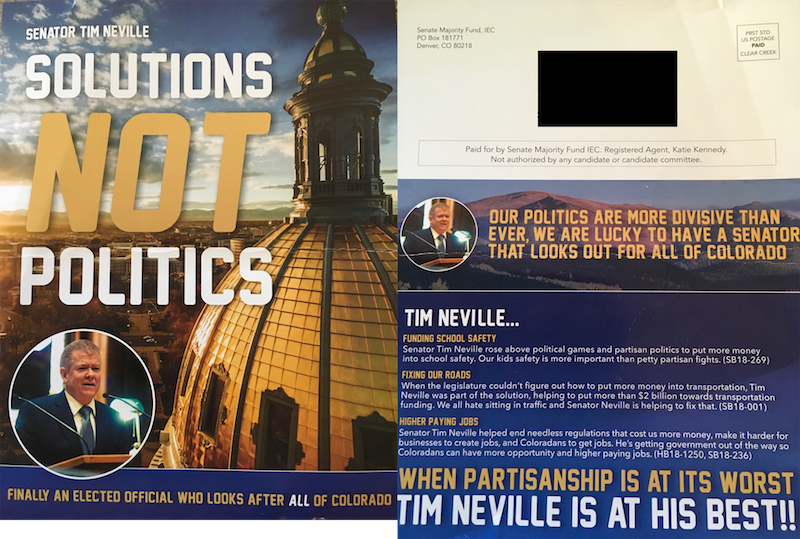 This mailer from the Senate Majority Fund bills GOP Sen. Tim Neville as oriented toward "solutions not politics," saying "When partisanship is at its worst, Tim Neville is at his best." It cites four 2018 bills as examples of Neville's work.

Neville was a prime sponsor of a school security funding bill that became law and a failed measure aimed at reducing regulations for professional occupations. Neville was a co-sponsor added to a transportation funding measure, but wasn't one of the lead sponsors. And he joined all other senators in voting for a review of business compliance with regulations, but is not listed as a co-sponsor.

Some, however, likely would argue that Neville is bipartisan. But Neville typically ranks high in rankings from conservative groups such as Americans For Prosperity, the Colorado Union of Taxpayers and the American Conservative Union. Conversally, liberal organizations rank Neville lower, including One Colorado, Conservation Colorado and NARAL Pro-Choice Colorado.

Neville is being challenged by Democrat Tammy Story.