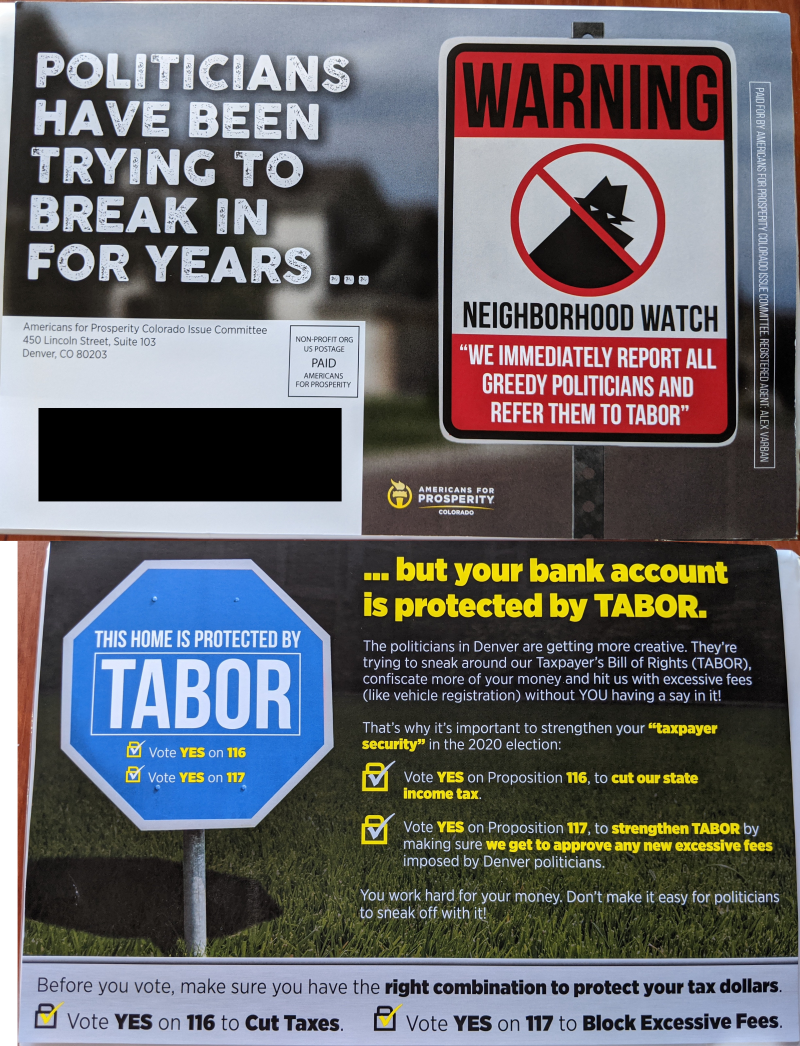 This mailer from Americans for Prosperity Colorado Issue Committe urges voters to support Proposition 116, which would cut the state income tax rate, and Proposition 117, which would require voter approval for many fee increases. AFP says increasing fees is a way for lawmakers to "sneak around" the Taxpayers Bill of Rights and that taxes should be cut.

Americans for Prosperity is a national nonprofit founded by industrialists Charles and David Koch to influence politics. The group is especially active in Colorado, conducting grassroots organizing.

All of the group's money has been via in-kind donations through the parent nonprofit. The super PAC has not filed electioneering or independent spending reports for the materials it's distributing.