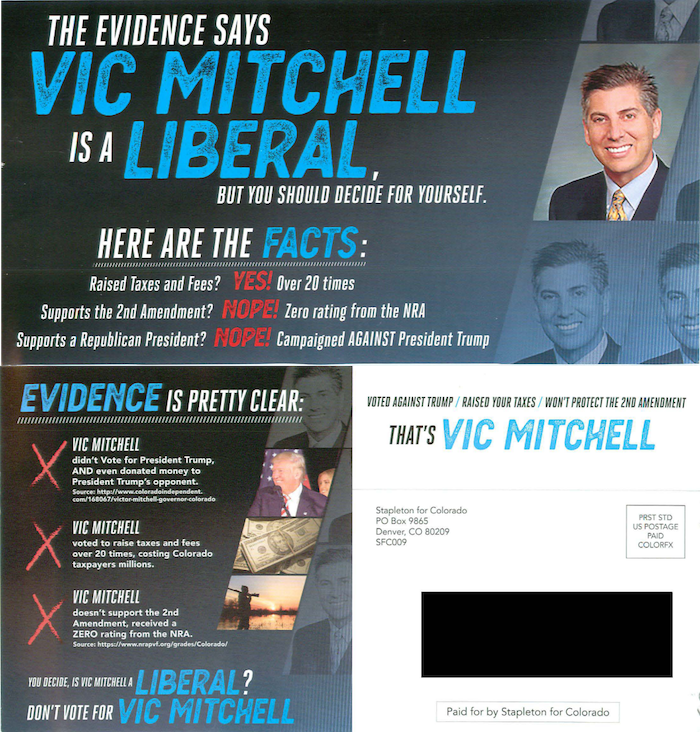 About the message: This mailer from GOP state Treasurer Walker Stapleton accuses rival gubernatorial candidate Victor Mitchell of being a liberal. It accuses the former state representative of voting to raises taxes or fees "over 20 times" while failing to note that the legislature can't raise taxes on its own. It also notes that Mitchell has said he voted against President Donald Trump and does't support gun rights, a claim Mitchell denies.

About the messenger: Walker Stapleton is a Republican who has served as state treasurer since 2010. He won the four-way GOP June 26 gubernatorial primary.