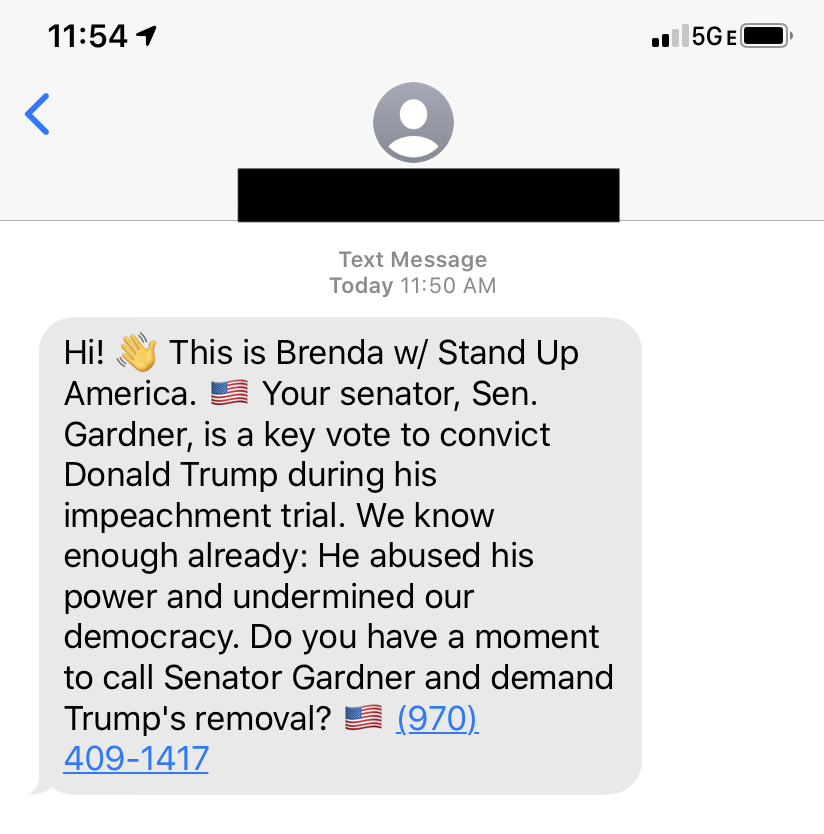 This text messages from nonprofit Stand Up America urges people to call U.S. Sen. Cory Gardner, a Republican, and demand that he vote to remove President Donald Trump from office during the impeachment trial.

Stand Up America is a nonprofit created in 2016 working to remove Republican President Donald Trump from office. The group is also working to oppose Colorado U.S. Sen. Cory Gardner, a Republican up for re-election.

Because the group is a nonprofit, it is not required to reveal its donors.