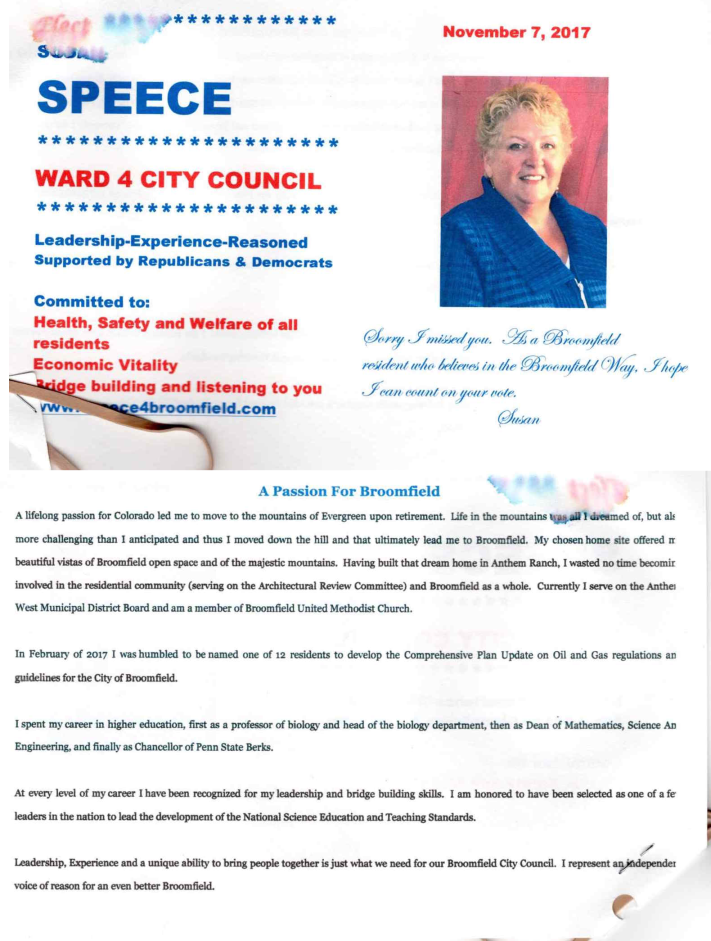 This door literature from Broomfield Ward 4 City Council candidate Susan Speece emphasizes her experience on the city oil and gas task force, as well as past experience in academics.

About the messenger: Susan Speece is a relatively recent Broomfield resident who moved to Colorado after a career in academia as a biologist and administrator. She's served on the Anthem Ranch homeowners association and on Broomfield's Oil and Gas Comprehensive Plan Update Committee.

The messenger's money: Speece raised nearly $9,500 for her campaign from a variety of sources.