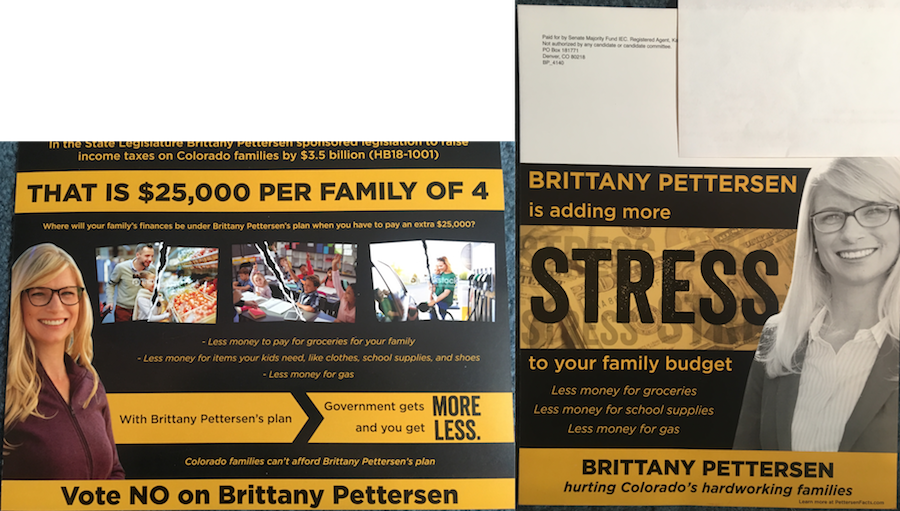 This mailer from super PAC Senate Majority Fund says Democratic state Sen. Brittany Pettersen wanted to raise taxes on a family of four by $25,000. The measure it cites would have improved family leave by charging an insurance premium of less than 1 percent of wages for all employees in Colorado. Because the program would have been considered an enterprise under state law, it wouldn't have qualified as a tax. It would not have cost a family $25,000 a year, but might cost that much over, say, 25 years. A fiscal analysis suggested the highest cost would be $990 for someone earning $100,000 a year.

The bill died in the Senate.