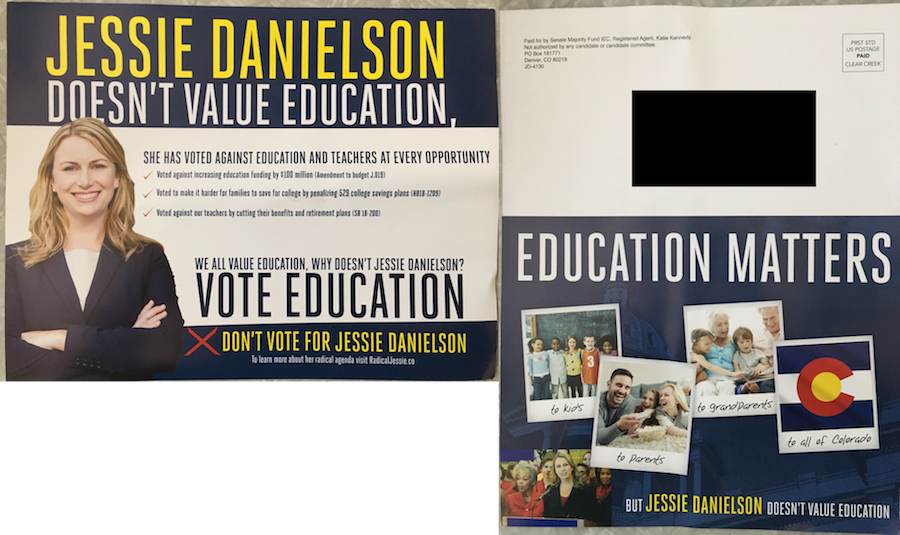 This mailer from the Senate Majority Fund claims that Democratic state Rep. Jessie Danielson, who is running for state Senate, "doesn't value education."

It says she "voted against teachers by cutting their benefits and retirement plans," citing a pension reform measure sponsored by Republican senators. While Danielson voted for the initial measure, she voted against adopting a conference committee report on the bill, the final action before it was signed by Gov. John Hickenlooper.

It also claims she voted for a bill that makes it harder for families to save for college. The measure in question prevented money in so-called 529 savings accounts from being used for K-12 tuition at private schools. While it passed the House, it died in the Senate.

Danielson has received a 100 percent rating from the Colorado Education Association.

She faces Republican businesswoman Christine Jensen in the Nov. 6 election.