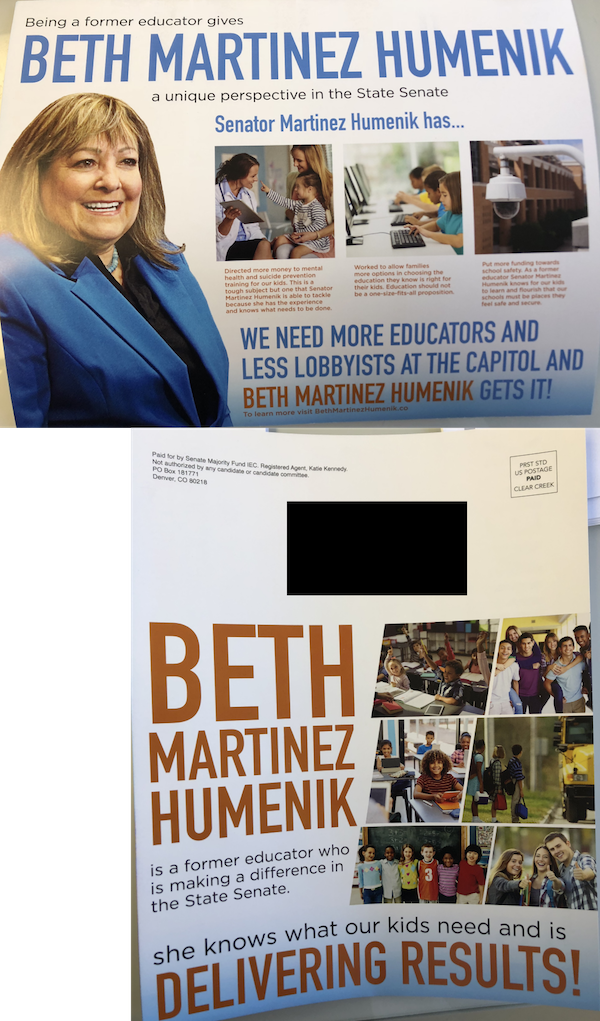 This mailer from the super PAC Senate Majority Fund praises Republican state Sen. Beth Martinez Humenik as an educator who works for children in the legislature. According to this Colorado Department of Public Health and Envirnoment biography, Humenik has worked as an adjunct and a substitute teacher.

The mailer appears to refer to her opponent, Democratic state Rep. Faith Winter, as a lobbyist (gramatically speaking, that should be "fewer lobbyists" not "less lobbysts). Winter worked as program director for Conservation Colorado, an environmental group for three years. She reported lobbying for the group as a portion of her job from 2011-13. She was paid $1,550 for lobbying in 2011, $8,900 in fiscal year 2012 and $2,100 in FY 2013. She's better known for leading groups that train women to run for political office.