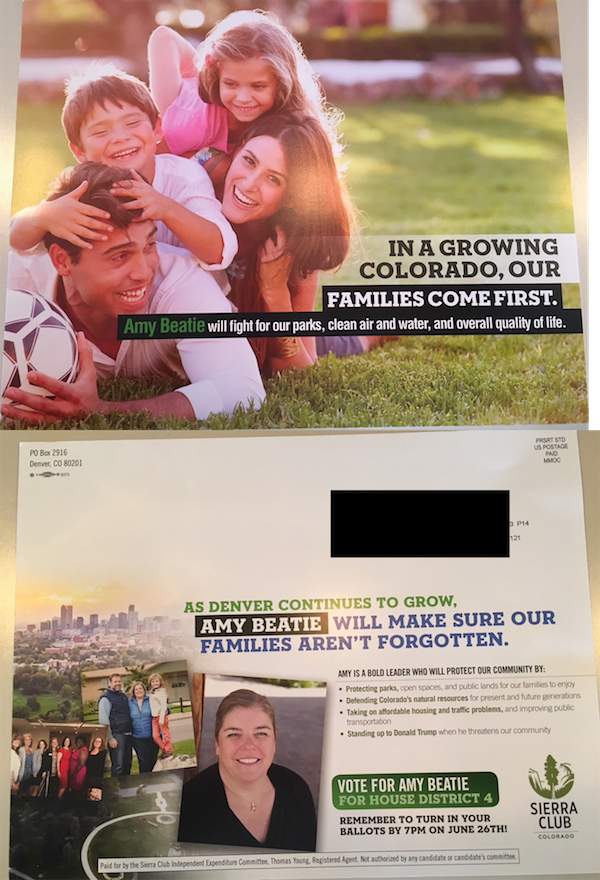 About the message: This mailer from the Sierra Club supports Amy Beatie in Denver's three-way House District 4 primary contest. It says Beatie will "protect parks, clean are and water, and overall quality of life."