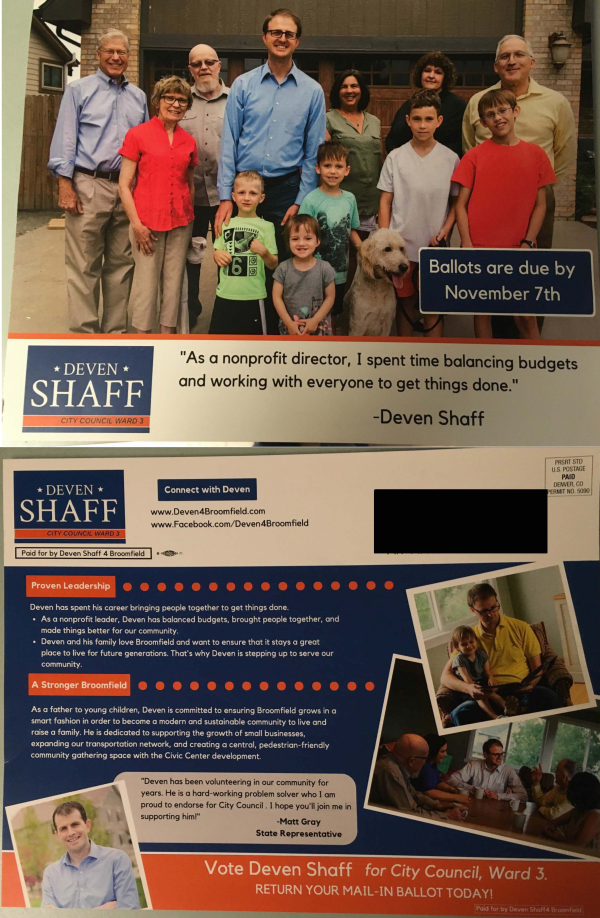 This mailer reminding residents to return their ballots emphasizes Deven Shaff's work at a nonprofit, as well as concern for the wellbeing of Broomfield families.

The messenger's money: Shaff has raised more than $22,000 from a variety of sources, including $500 from Democratic U.S. Rep. Jared Polis, who is also a candidate for governor.