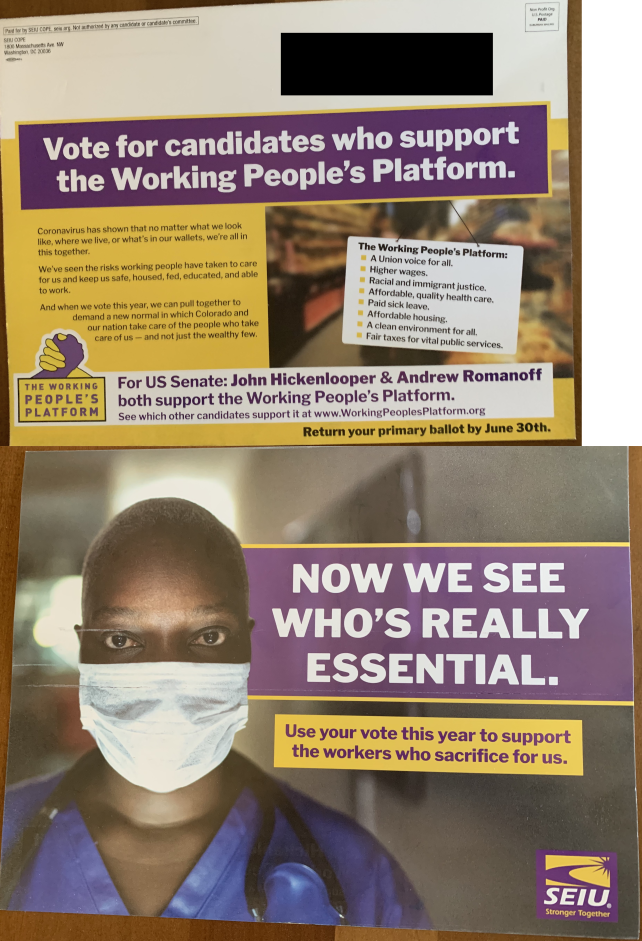 The winner of the June 30 primary will take on incumbent GOP Sen. Cory Gardner.

SEIU COPE, the Service Workers International Union Committee on Political Educaiton, is a federal PAC representing workers in one of the nation's largest unions.

The group is funded primarily through member dues and donations.