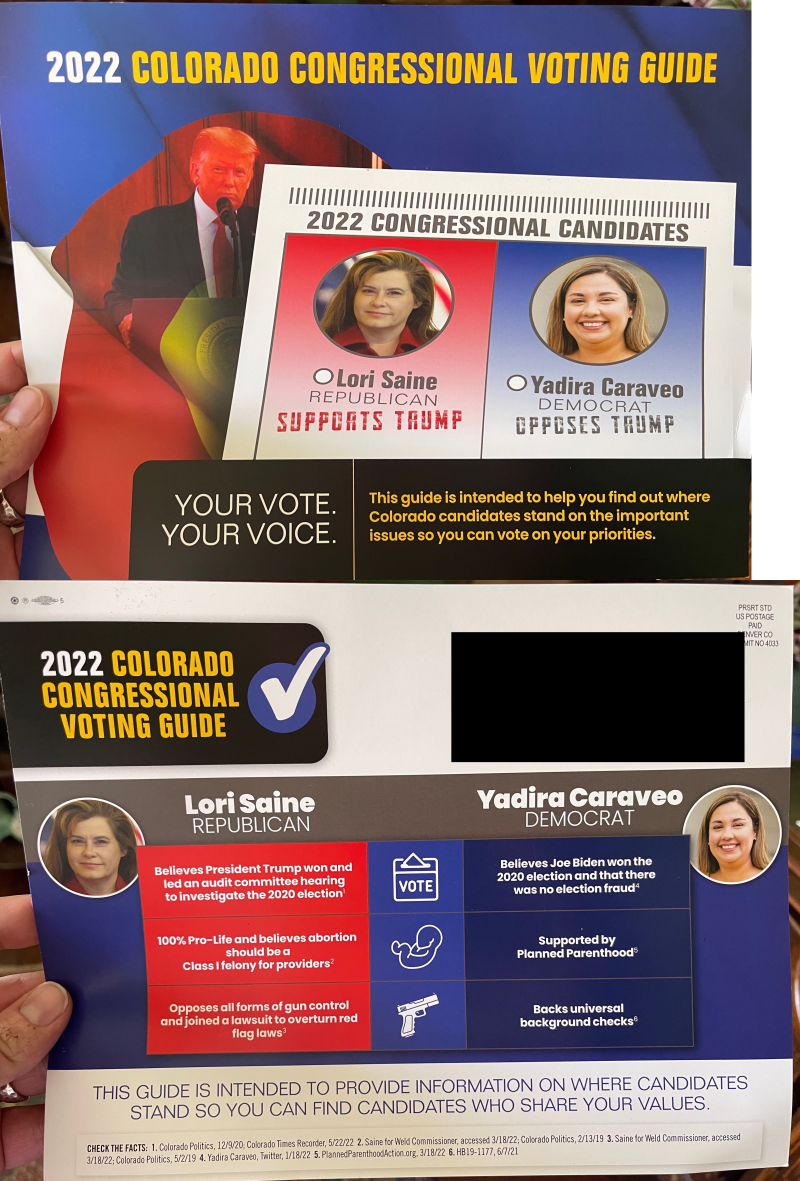 This is the third mailer to Republican and unaffiliated voters in the 8th Congressional District contrasting Republican Weld County Commissioner Lori Saine with Democratic state Rep. Yadira Caraveo on issues of gun control, abortion and support of former President Donald Trump. The union insignia and the mailing code indicate it comes from Democratic interests, but the lack of the "magic words" — vote for or vote against — means it's likely sent by a nonprofit that doesnt' have to disclose its donors. The Federal Election Commission requires disclosure of such communications that total $10,000 or more within 24 hours for the 30 days before the primary election. Disclosures for these mailers have yet to be filed.