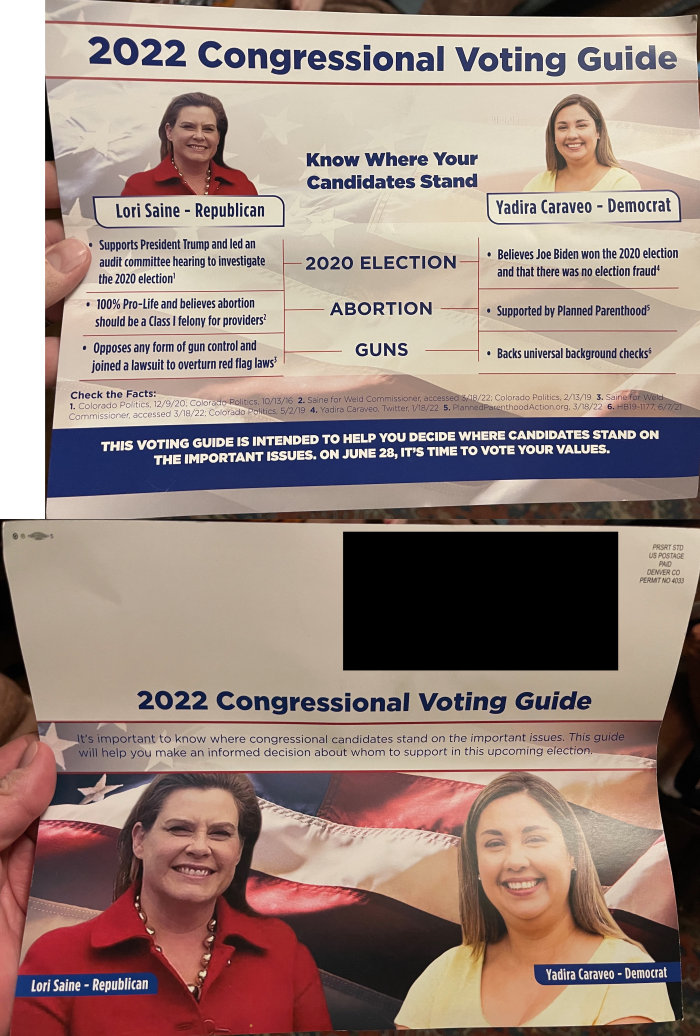 This mailer contrats Weld County Commissioner Lori Saine with state Rep. Yadira Caraveo on several policy issues. Saine is one of four Republicans competing for the nomination to run against Democrat Caraveo in the new 8th Congressional District in Adams and Weld counties.

It's unclear who paid for this message, though it does appear to have a union printing insignia indicating it's like from Caraveo supporters. Such messages must carry disclaimers about who sent them beginning 30 days before the June 28 primary election.