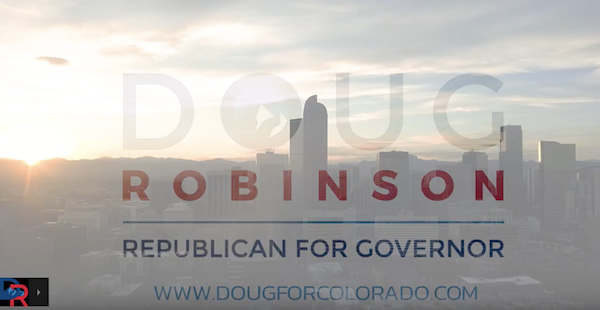 About the message: In this ad airing on cable TV in Grand Junction, GOP gubernatorial candidate Doug Robinson criticizes "sanctuary cities" and Democratic politicians who support them, including photos of current Democratic Gov. John Hickenlooper and Democratic gubernatorial candidate U.S. Rep. Jared Polis. Robinson says he'll "uphold the rule of law" and hold sanctuary cities accountable. The Republican candidate doesn't use the word immigration in the ads, though that is how it's characterized in cable ad contract documents.