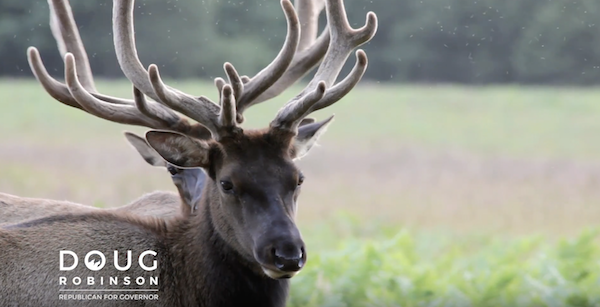 About the message: In this cable ad, Republican candidate for governor Doug Robinson says he'll relocate the Department of Parks and Wildlife to Grand Junction.