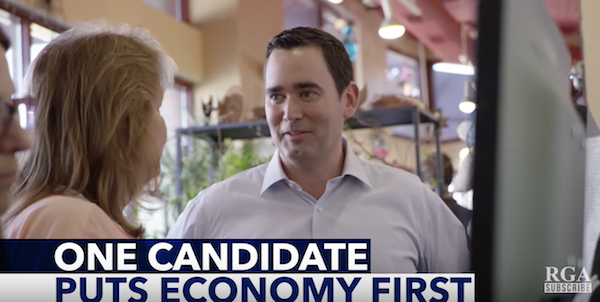 Contracts filed with the FCC indicate the RGA is airing the ads through Aug. 6. It's unclear what the size of the buy is, and the RGA won't say. But one Denver station filed a contract for 84 ads at a cost of nearly $52,000.

The Republican Governors Association is a political nonprofit, or 527, that advocates for GOP candidates and against Democratic candidates around the nation.

The state RGA is supported by the national group, which has contributed $1.3 million through August. The national group reports quarterly to the IRS. Among its large Colorado donors are Encana Corp. at $101,350, Whiting Petroleum at $100,450 and the Anschutz Corp. at $100,000