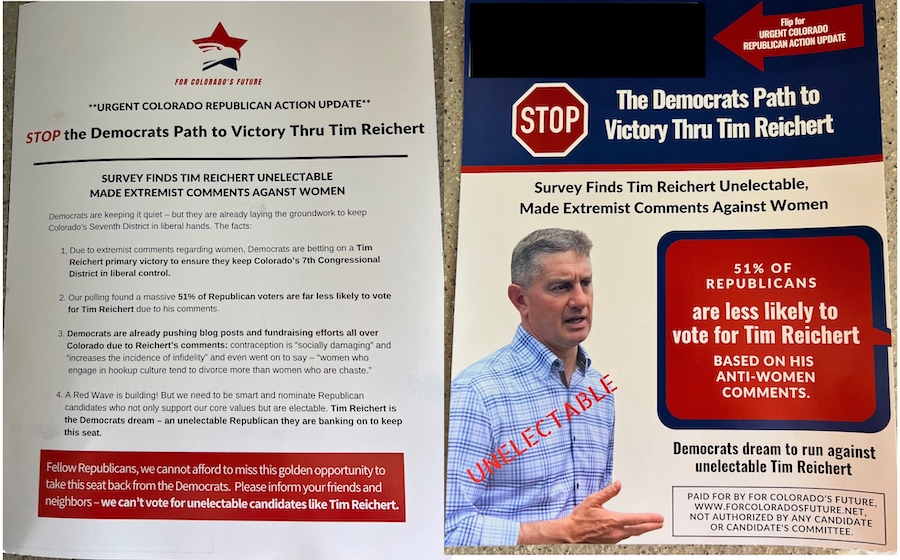 This mailer from super PAC For Colorado's Future criticizes economist Tim Reichert, one of three Republicans in the 7th Congressional District, for "extremist comments against women." Reichert has called birth control "socially damaging" in addition to opposing abortion.