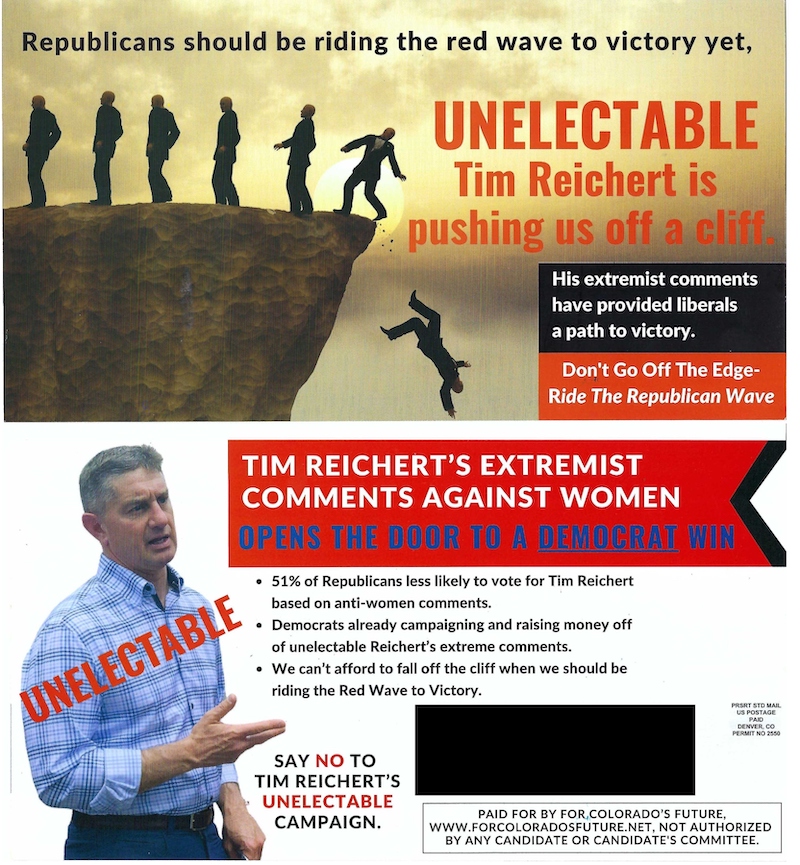 This negative mailer from For Colorado's Future urges voters to reject Tim Reichert because of "extremist comments against women." Specifically, Reichert opposes abortion and has questioned the use of birth control. Reichert, an economist, faces veteran Erik Aadland and Jefferson County resident Laurel Imer in the June 28 Republican primary in the 7th Congressional District.

The winner will face Democratic state Sen. Brittany Pettersen, of Lakewood, in the general election.