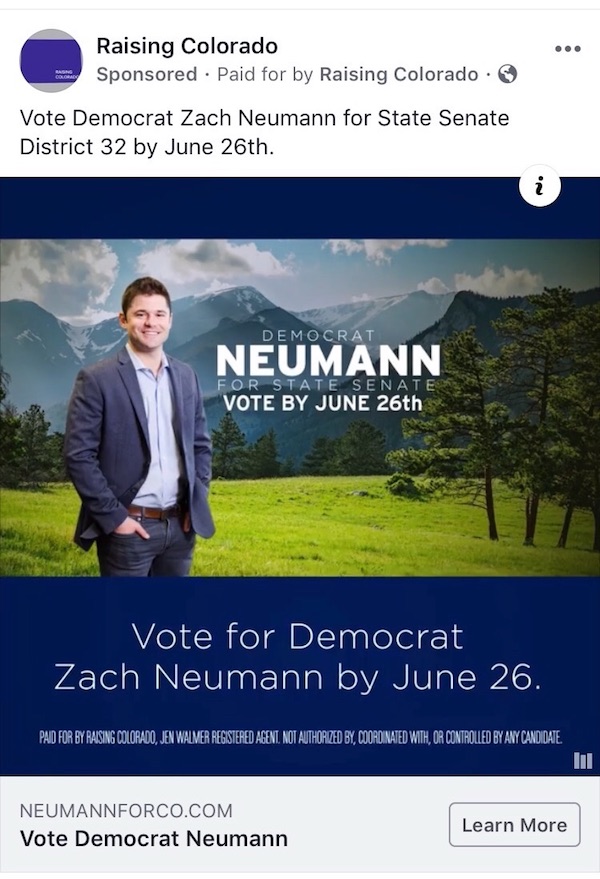 About the message: This Facebook ad from Raising Colorado asks "Do you want stronger schools and a fairer economy? Vote for Democrat Zach Neumann by June 26." Neumann is in a three-way primary for the Senate District 32 seat.