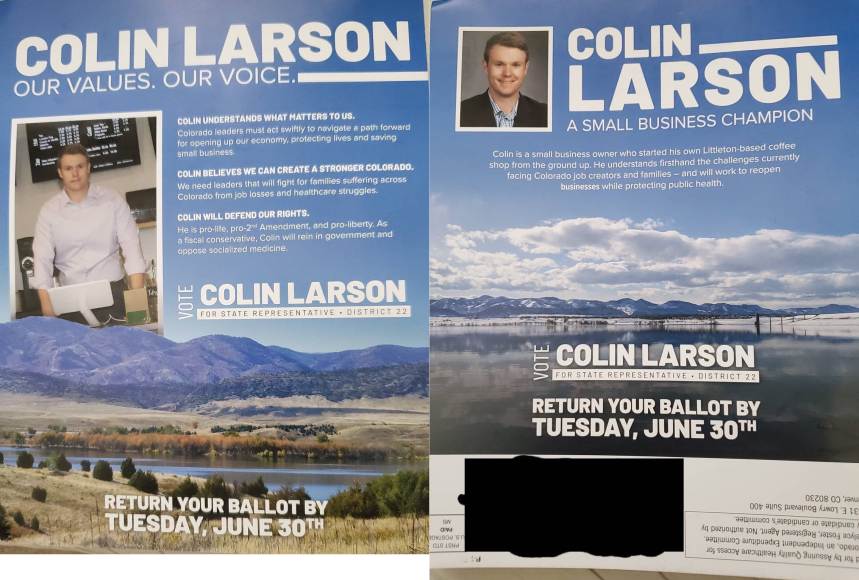 This mailer from Assuring Quality Healthcare Access for Colorado commends GOP Rep. Colin Larson for being "pro-life, pro-2nd Amendment and pro-liberty" as well as being a fiscal conservative. Larson faces former state Rep. Justin Everett in the June 30 primary.

The group sending the mailer is an independent spending committee, which isn't supposed to coordinate with candidates.