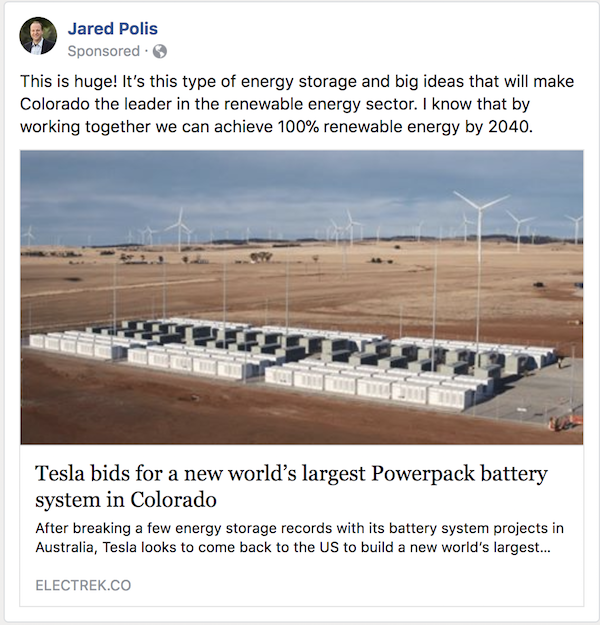 About the message: According to ProPublica's, which captured this ad in their Facebook Political Ad Collector project, "One reason you're seeing this ad is that Jared Polis wants to reach people interested in Efficient energy use, based on activity such as liking Pages or clicking on ads. There may be other reasons you're seeing this ad, including that Jared Polis wants to reach people ages 18 and older who live in Colorado. This is information based on your Facebook profile and where you've connected to the internet."

Jared Polis is a Democrat who has served as the 2nd Congressional District representative in the U.S. House since 2008. He also won a term on the Colorado Board of Education in 2000.

Polis is an entrepreneur who made millions selling online businesses in the late 1990s.

Polis is largely self-funding his campaign, rejecting donations from political action committees. He's only taking donations of $100 and less from individuals. Through July 27, he spent nearly $12.30 million on his campaign.