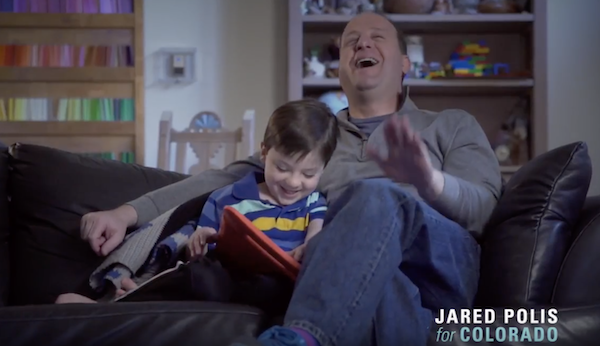 About the message: This new ad for Democratic gubernatorial candidate Jared Polis features his son Caspian talking about going to school as part of an emphasis on the congressman's promise of free pre-kindergarten for all Colorado children.

A right-leaning blog has criticized the ad because Polis puts an unwrapped sandwich followed by an apple into his son's lunchbox.

In more substantive commentary, a 9News Truth Test notes that offering such a program is easier promised than done. "Big changes take the legislature (and if they come with big price tags, sometimes a vote of the people) to get done in Colorado," the Truth Test says.

Jared Polis is a Democrat who has served as the 2nd Congressional District representative in the U.S. House since 2008. He also won a term on the Colorado Board of Education in 2000.

Polis is an entrepreneur who made millions selling online businesses in the late 1990s.

Polis is largely self-funding his campaign, rejecting donations from political action committees. He's only taking donations of $100 and less from individuals. Through July 27, he spent nearly $12.30 million on his campaign.