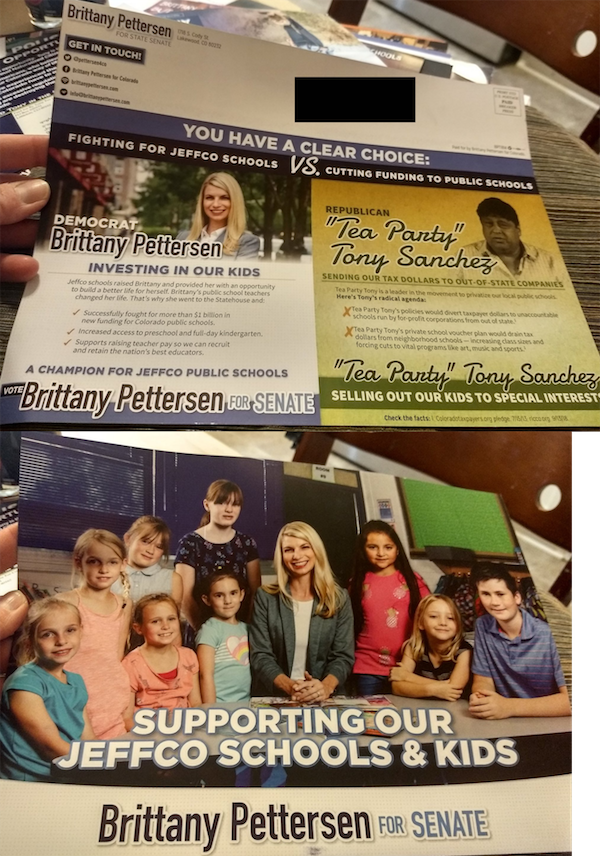 She says Sanchez wants to "divert taxpayer dollars" to for-profit schools, citing a pledge he signed in 2013 with Colorado Union of Taxpayers, which he serves on the board of. It also cites a more recent endorsement by the Republican Liberty Caucus of Colorado. That group favors eliminating government control and funding of schools in favor of private charity, endowments and scholarships.

State Rep. Brittany Pettersen is an activist running for the state Senate.