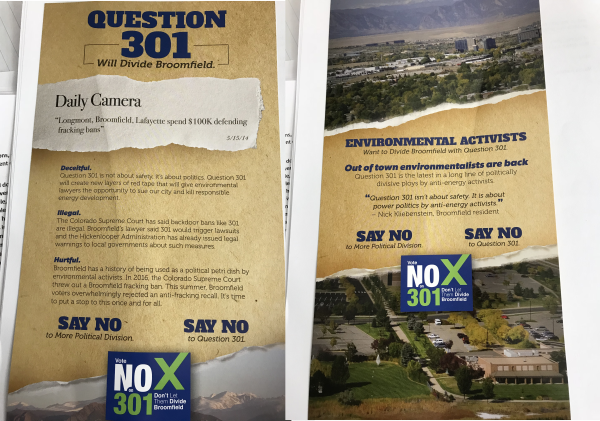 This flier from Vote No on 301 says "out of town environmentalists" are behind a proposed Broomfield charter amendment that would require city officials to consider health, safety and welfare of residents when considering oil and gas development.
The initiative is part of the continuing battle between residents who oppose oil and gas operations near their homes and an industry seeking to expand. Vote No on 301 and other groups opposing or supporting the amendment don't have to file a report with Broomfield on where their money comes from until Oct. 17.