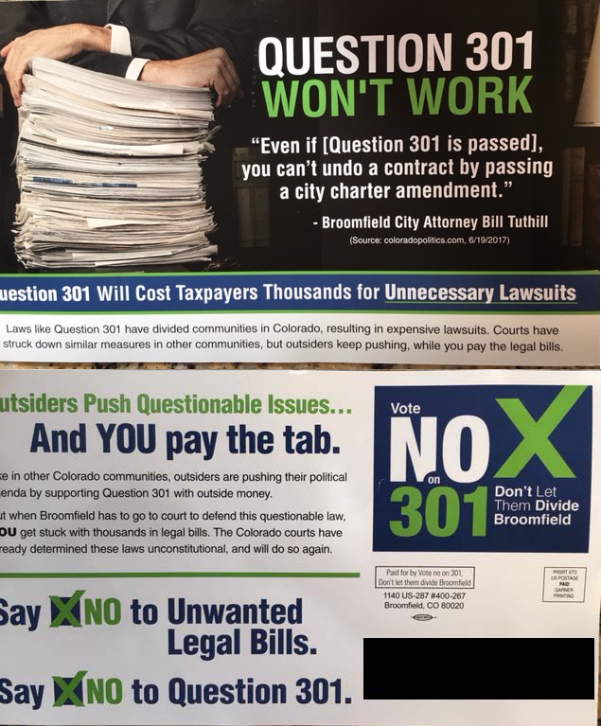 This mailer from Vote No on 301 emphasizes the legal costs that could result if Broomfield voters approve Question 301. That initiative would require city officials to consider health, safety and welfare of residents when considering oil and gas development. The mailer repeats claims that "outsiders" are pushing the initiative, though there's no evidence of that in campaign finance disclosures.