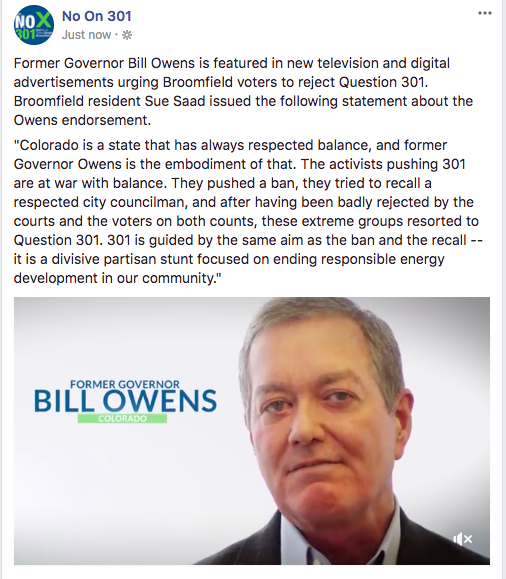 This Facebook video features former Republican Gov. Bill Owens talking about "national outside groups that are trying to turn Broomfield into a political battleground over oil and gas development." Owens calls Issue 301 a "deceiving measure" and a "cynical power play focused on blocking new energy development."
Issue 301 would require city officials to consider health, safety and welfare of residents when considering oil and gas development.