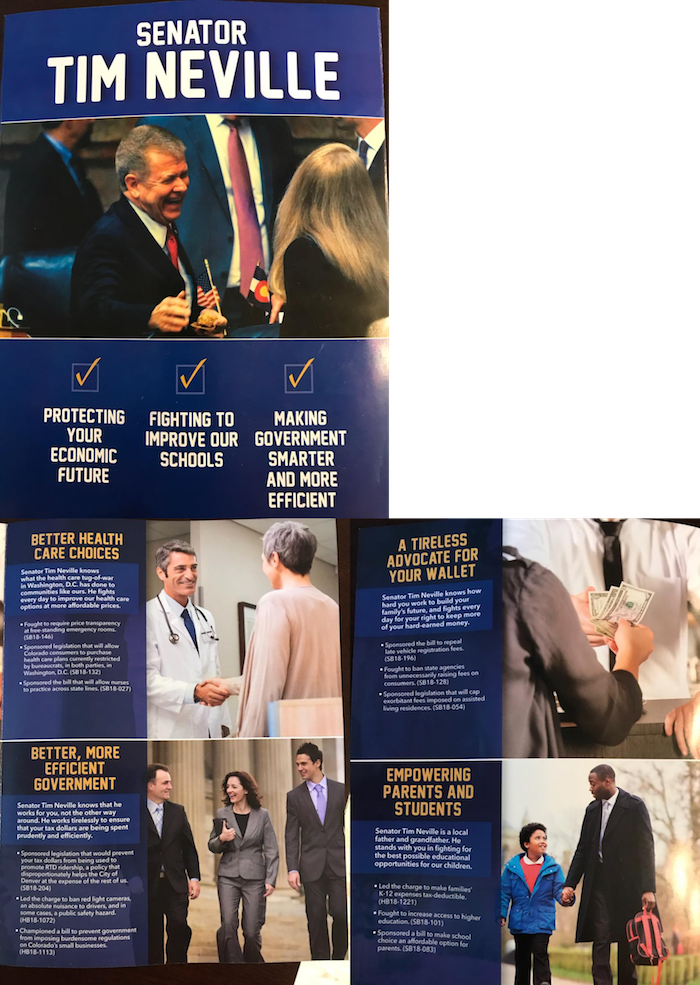 About the message: This four-page flyer left on doorsteps on June 18 praises GOP Sen. Tim Neville for his work on health care, education, protecting taxpayers and efficient government. It doesn't mention Neville's upcoming election contest against Democrat Tammy Story, which is considered pivotal to Republican efforts to retain their one-vote majority in the state Senate.

There's no indication who paid for the mailer or its distribution.