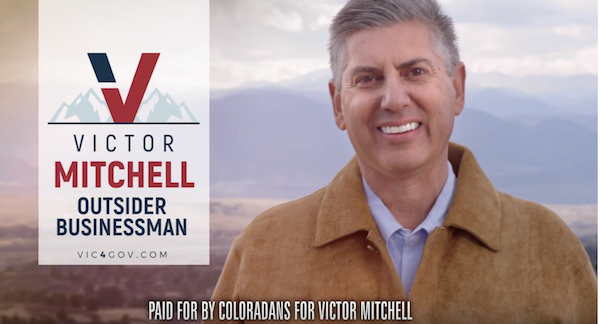 About the message: This TV ad emphasizes Republican gubernatorial candidate Victor Mitchell's "outsider businessman" status in the crowded GOP primary. But the ad also refers to his single, two-year term in the state House, where he opposed a tax hike. 9News truth-tested the ad, saying it's a stretch to say he led the anti-tax effort.