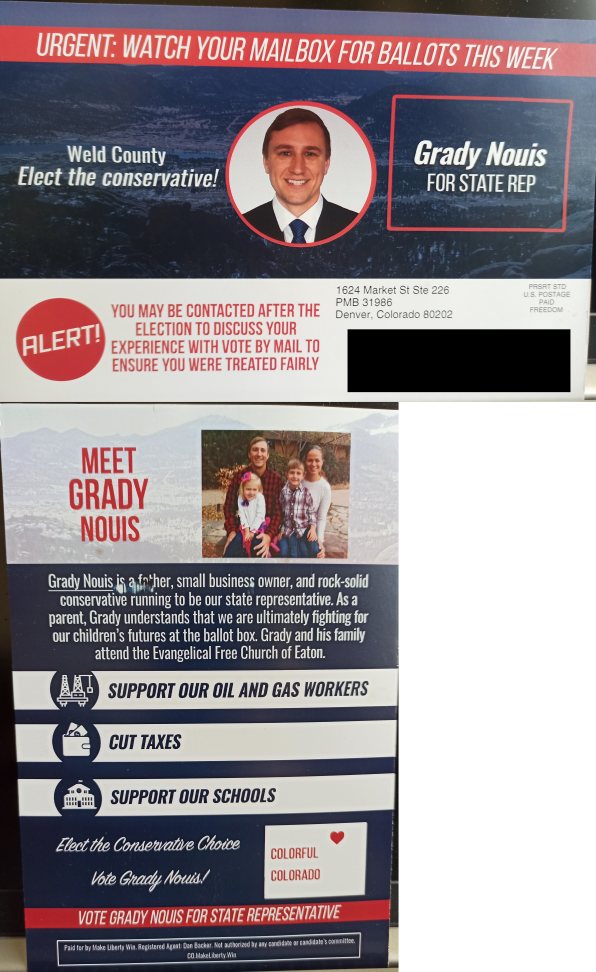 It also includes and "alert" that the voter might be contacted after the mail-in ballot election "to ensure you were treated fairly."

Make Liberty Win is a new super PAC (independent expenditure committee) formed June 1 to support House candidates Jusitn Everrt, Vicki Marble and Grady Noius. The group is based in Virginia, and appears to be a subsidiary of a national super PAC with the same name.

Because it won't have to report its contributions until June 15, it's unclear where the money is coming from. The national super PAC is funded by nonprofit Young Americans for Liberty and Morning Star Co. founder Chris Rufer ($250,000), among others.