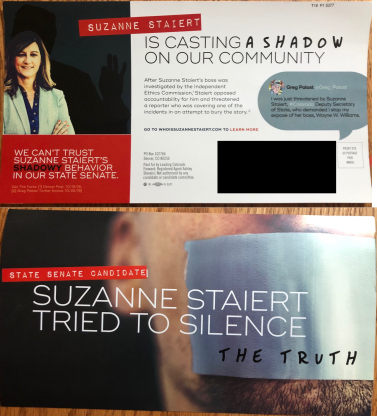 This mailer from a Democratic super PAC says Republican state Senate candidate Suzanne Staiert once threatened a reporter, citing his tweet about being threatened for an expose he said he was doing about the purge of voter rolls in Colorado. Staiert was deputy secretary of state at the time and said she asked the reporter to correct a report about the co-called "purge" because of calls from concerned county clerks. A 9News story concluded that the reporter's blog past was misleading.