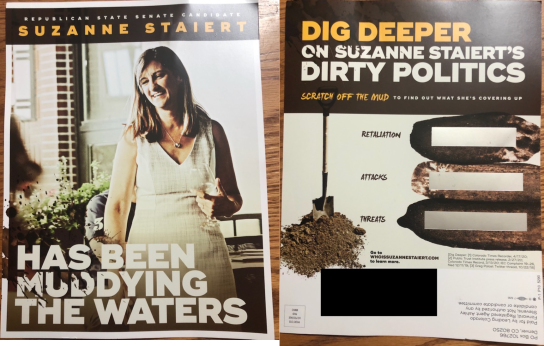 This mailer from Democratic super PAC Leading Colorado Forward steers voters to a website about Republican state Senate candidate Suzanne Staiert. She's a former deputy secretary of state and now director of the Public Trust Institute, which filed ethics complaints against former Gov. John Hickenlooper, two of which were found to be violations of state ethics laws. The ethics commission determined Hickenlooper, a Democrat who is now running for U.S. Senate, committed two violations of the state's gift ban. But four violations considered were dismissed, and many others were never taken up by the commission.