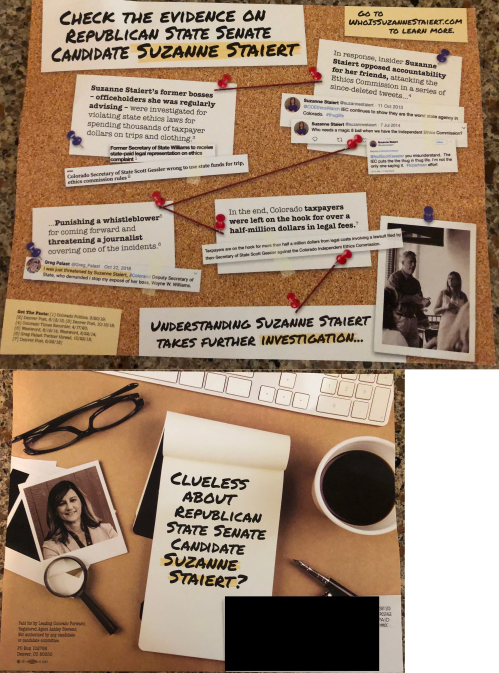 This mailer from Democratic super PAC Leading Colorado Forward criticizes Republican state Senate candidate Suzanne Staiert for transgressions of her former bosses in the secretary of state's office. She was deputy to Secretary Scott Gessler and Secretary Wayne Williams when they were accused of ethics violations, though she was not implicated in those violations. It also notes that Staiert criticized the state ethics commission on Twitter, then deleted the tweets/

Staiert has been central to an ethics investigation of former Gov. John Hickenlooper, however, serving as an attorney for the Public Trust Institute which filed the complaints. The ethics commission determined Hickenlooper, a Democrat who is now running for U.S. Senate, committed two violations of the state's gift ban. But four violations considered were dismissed, and many others were never taken up by the commission.