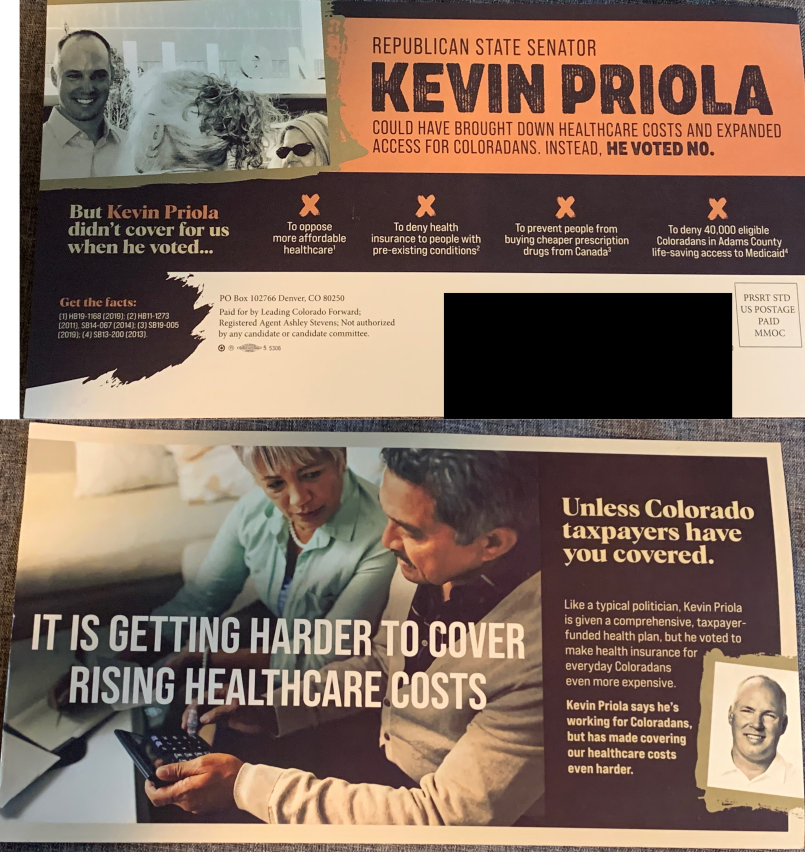 This mailer from a Democratic super PAC says that GOP state Sen. Kevin Priola has voted against making health care more affordable, against allowing people to buy cheaper drugs from Canada and against coverage of pre-existing conditions. One of the votes cited occured nine years ago, while others occurred in 2019.

Priola is considered by many a moderate Republican, and isn't getting much outside support from GOP groups thus far. He faces Democrat Paula Dickerson in an Adams County district that is considered to tilt Democratic in 2020.