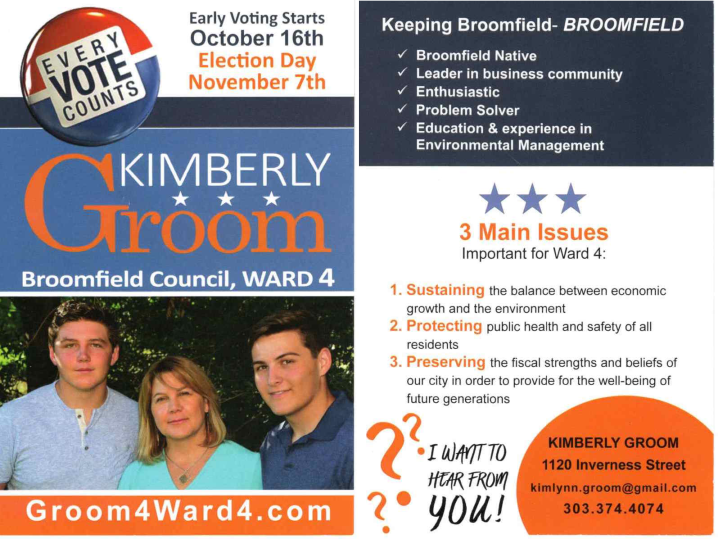 This piece from Broomfield Ward 4 City Council candidate Kimberly Groom emphasizes that she's a native of the city and focused on business issues.

About the messenger: Kimberly Groom is one of four candidates for Broomfield's Ward 4 City Council seat. She grew up in Broomfield and is a fourth-generation Colorado. She worked as an aerospace program manager at Ball Aerospace for 18 years and now is a senior program manager for food and beverage at DanoneWave.

The messenger's money: Groom raised more than $6,900 from a variety of sources.