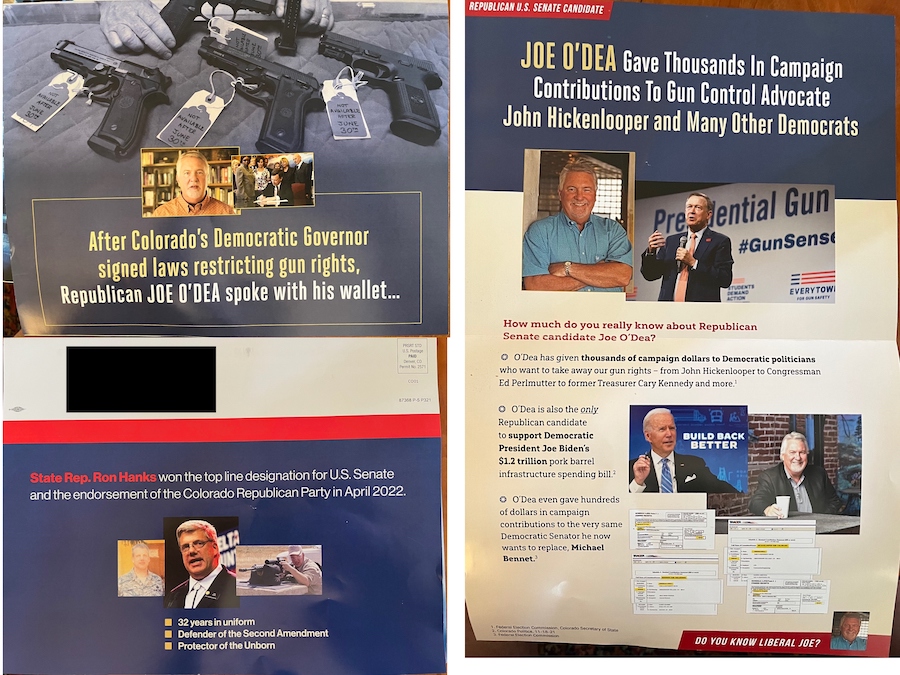 This mailer from an unknown source contrasts Republican U.S. Senate candidates Joe O'Dea, a construction company owner, and state Rep. Ron Hanks, without suggesting voting for one or the other. But it says that O'Dea has contributed to Democrats in the past, which is true, and said that by winning the April GOP assembly that Hanks has the party endorsement, which is not true. Voters will choose between the two in the June 28 primary contest, with the winner facing incumbent Democratic Sen. Michael Bennet in November.

It's likely this mailer comes from Democratic interests trying to sway voters toward Hanks, an election denier. That's because of the union insignia on the mailer.