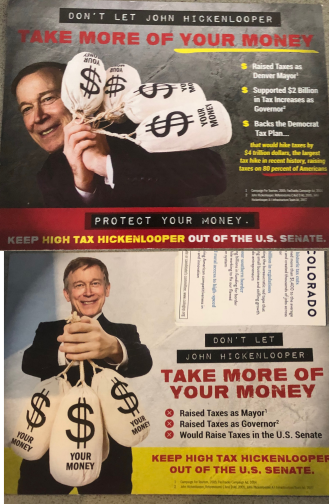 Just another in a series of mailers targeting Democratic Senate candidate and former Gov. John Hickenlooper for raising taxes or supporting tax increases while he was Denver mayor and governor.

The mailer cites tax hikes made when Hickenlooper was governor, but the footnote identified tax initiatives, which must be approved by voters in Colorado, from 2005 and 2007. Hickenlooper didn't take office until 2011. The 2005 initiatives came from Republican Gov. Bill Owens.