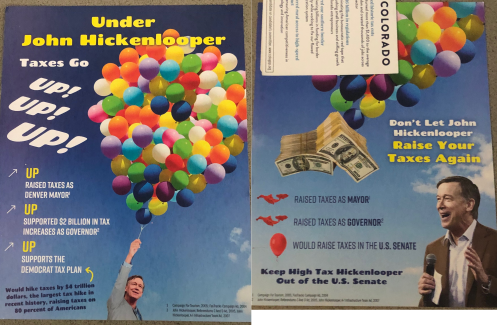 This one in a series of mailers targeting Democratic Senate candidate and former Gov. John Hickenlooper for raising taxes or supporting tax increases while he was Denver mayor and governor.