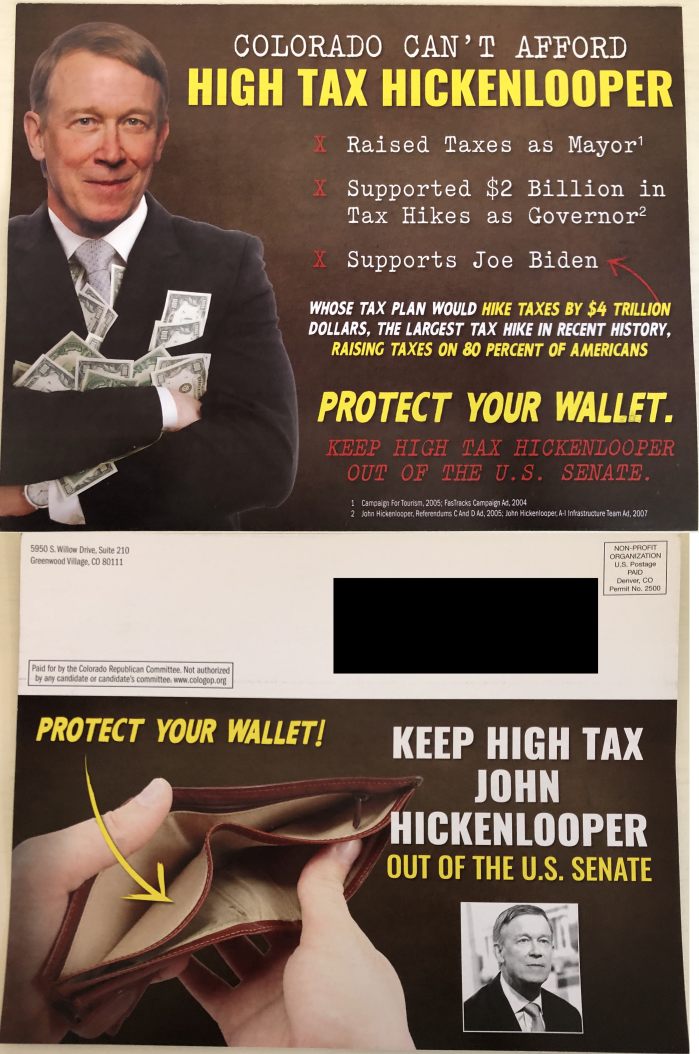 This mailer from the Colorado Republican Committee urges people to vote against Democratic U.S. Senate candidate and former Gov. John Hickenlooper because he would raise taxes. The mailer cites tax hikes made when Hickenlooper was governor, but the footnote identified tax initiatives, which must be approved by voters in Colorado, from 2005 and 2007. Hickenlooper didn't take office until 2011. The 2005 initiatives came from Republican Gov. Bill Owens.