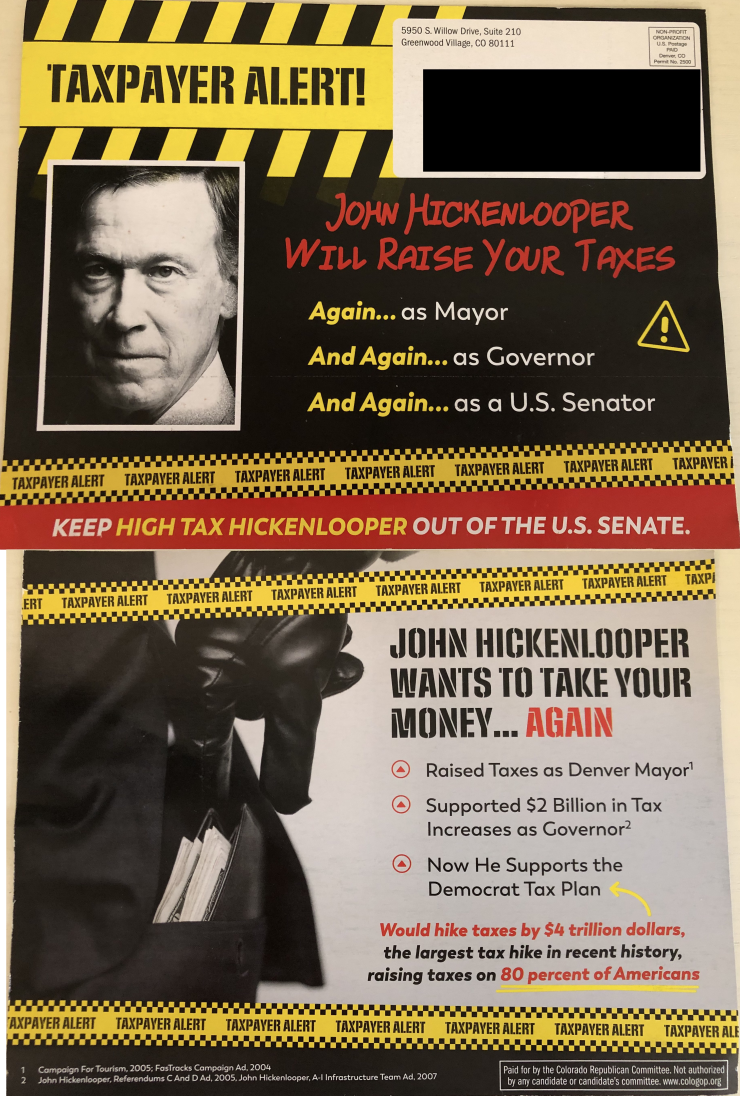 This mailer from the Colorado Republican Committee urges people to vote against Democratic U.S. Senate candidate and former Gov. John Hickenlooper because he would raise taxes.

It cites tax hikes he supported as Denver mayor, two of which were statewide ballot iniatives supported by then-Republican Gov. Bill Owens.