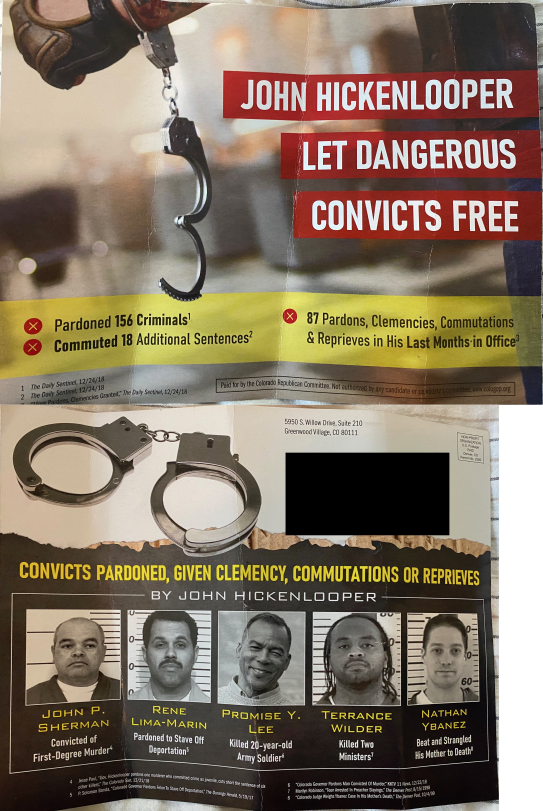 As with the previous mailer, at least three of the offenders pictured are men of color. And three of them are still under Department of Corrections supervision, only two are free.

Of the five, only Promise Lee was pardoned by Hickenlooper for his role in a 1070s slaying when he was 15. Nathan Ybanez and Terrance Wilder also were teenagers when they committee. They and George Sherman are all still in supervision because Hickenlooper reduced their sentences but didn't pardon them. Rene Lima Marin was accidentaly released eight years into a 98-year sentence for a video store robbery and was free for six years before being returned to prison. A judge then ordered that he be released, but immigration authorities detained him, resulting in Hickenlooper's pardon.