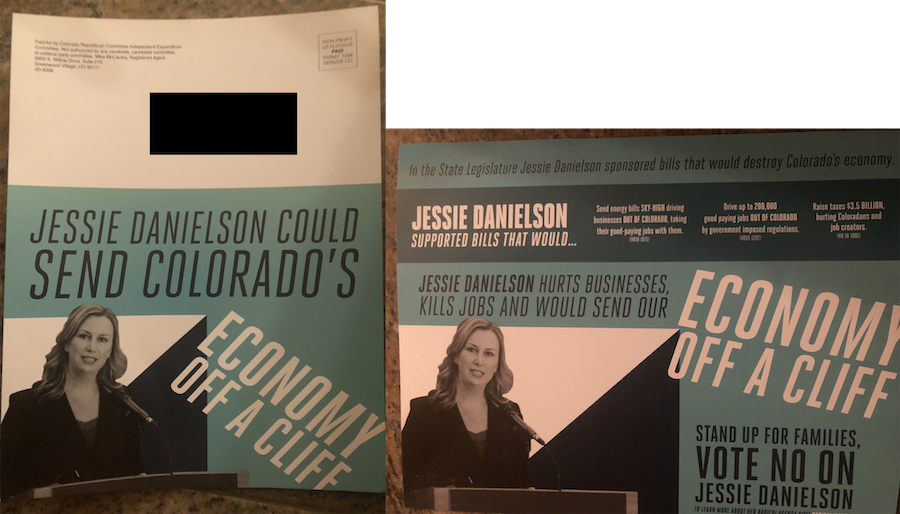 This mailer from the Colorado Republican Party super PAC says Democratic state Rep. Jessie Danielson will send "the economy off the cliff" if she's elected to the state Senate, where she faces Republican Christine Jensen in November.

All three bills died in the Senate.