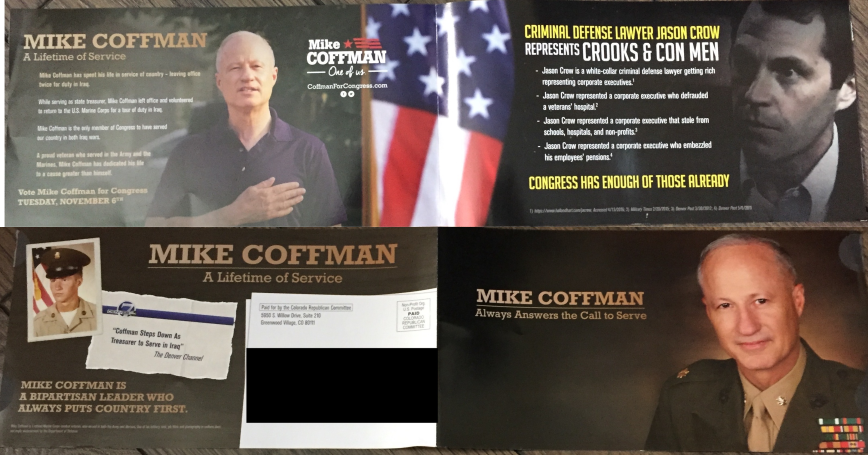 CBS4's Reality Check calls part of a similar TV ad misleading, noting that Crow represented a variety of clients. Crow is an Army veteran who did tours in Iraq and Afghanistan.

It's also worth checking this Truth Test from 9News to get context on the smears against Crow. Coffman has made similar charges in TV ads, which the Denver Post clarified.