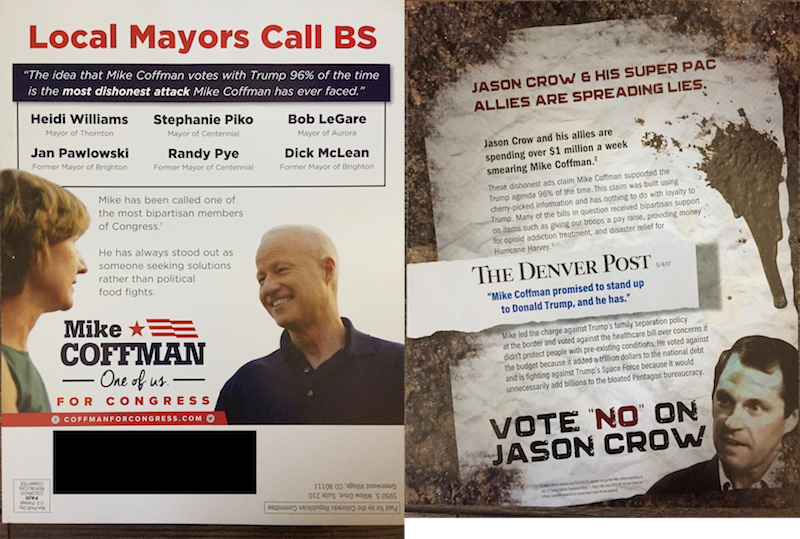 This mailer from the Colorado Republican Committee highlights endorsements from three current and three former mayors for U.S. Rep. Mike Coffman in the 6th Congressional District. It also attacks Democratic opponent Jason Crow "and his super PAC allies" for spreadimg lies. It also says Coffman has stood up to President Donald Trump.

Reality checks have found both sides of this campaign lacking when it comes to the truth. Find out more here from the Colorado Sun and CBS4.