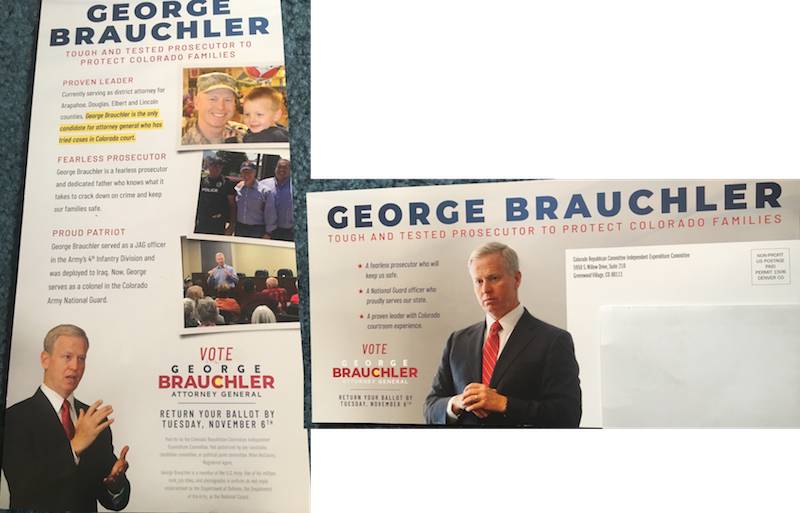 This mailer from the Colorado Republican Commitee super PAC urges a vote for Republican George Brauchler for attorney general because of his work as a prosecutor and an army officer.