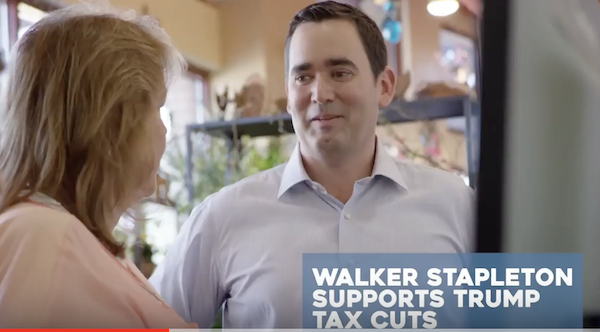 About the message: This TV ad from Coloradans for Fiscal Responsibility supports Treasurer Walker Stapleton in the four-way Republican primary for governor. It notes his support for federal tax cuts and his opposition to "sanctuary cities."