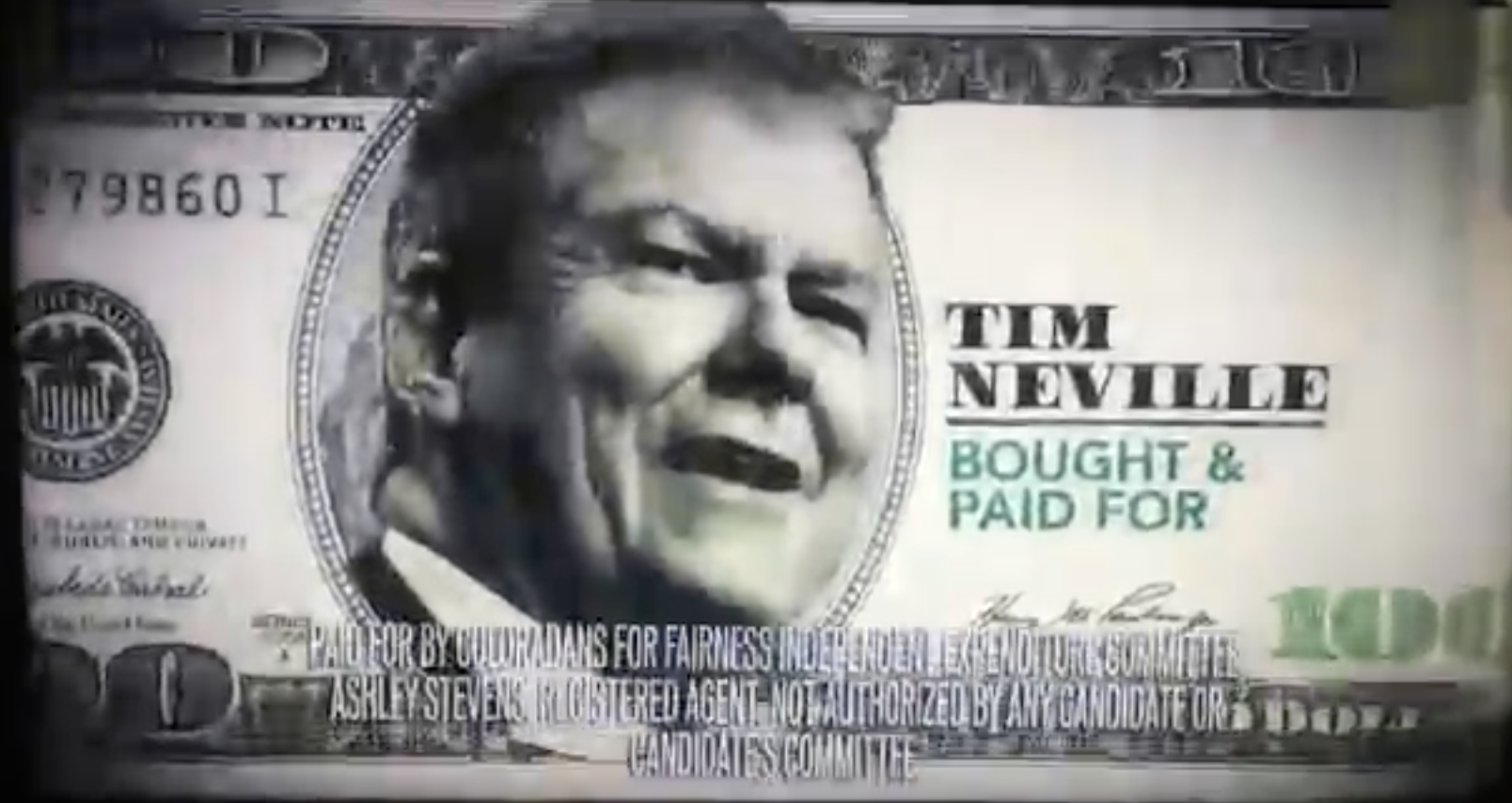 This cable TV ad from super PAC Coloradans for Fairness notes that Republican state Sen. Tim Neville has taken $75,000 from gun lobby interests and voted against expanding background checks. It also says he accpted money from the oil and gas industry, then voted to prevent access to public lands. The measure referred to died in the House, and it's unclear how it would have limited acces. It notes that he received the maximum, $400, from Team America PAC, a group affiliated with former Congressman Tom Tancredo, which is listed as a hate group by the Southern Poverty Law Center.

The ad concludes that outside interests will spend up to $14 million to elect "Neville and his allies." This is based on a Tweet from another GOP Senate nominee.