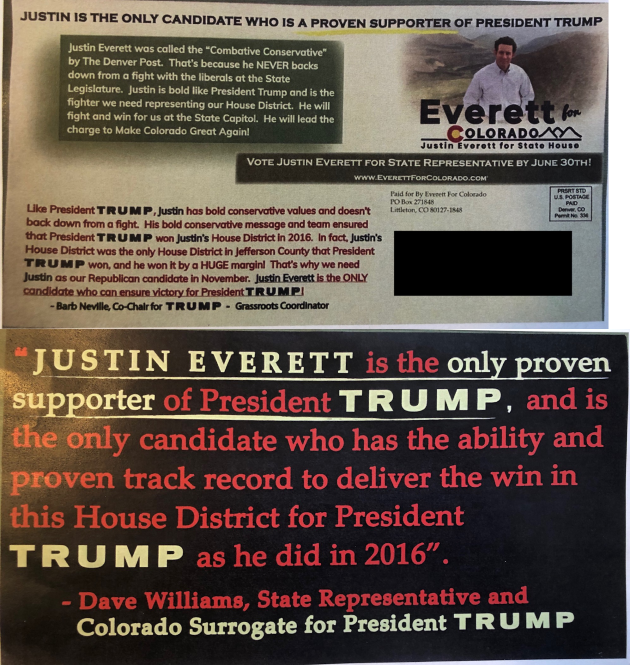 This mailer from former state Rep. Justin Everett insinuates support from President Donald Trump, which has landed Rep. Dave Williams in hot water with the Trump campaign according to a report in Colorado Politics. The mailer includes a quote from Williams, identifying him as a "Trump surrogate." It also includes a quote from Barb Neville, identifying her as a Trump co-chair. That's a position she held in 2016, but she doesn't have a role with the campaign this year.

Everett left the seat in 2018 in an unsuccesful run for state treasurer. Now he is challenging Rep. Colin Larson in the Republican primary.