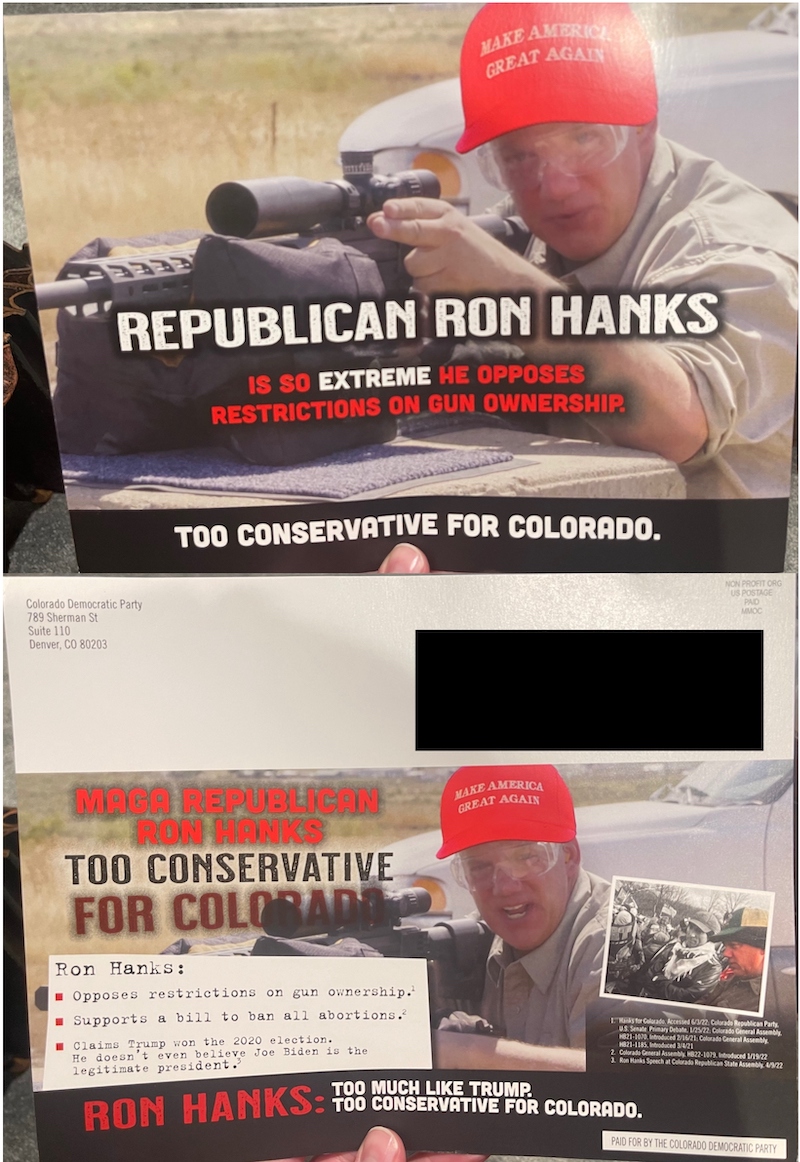 This mailer from the Colorado Democratic Party criticizes state Rep. Ron Hanks, saying he is "so extreme he opposes restrictions on gun ownership" and also notes that he's "too much like Trump." It's possible this mailer to Republican and unaffiliated voters aims to encourage conservatives to vote for Hanks over Denver construction company owner Joe O'Dea in the June 28 GOP primary.

About the messenger: The Colorado Democratic Party is the state party organization.

The messenger's money: The party's money comes from a variety of individuals and organizations.