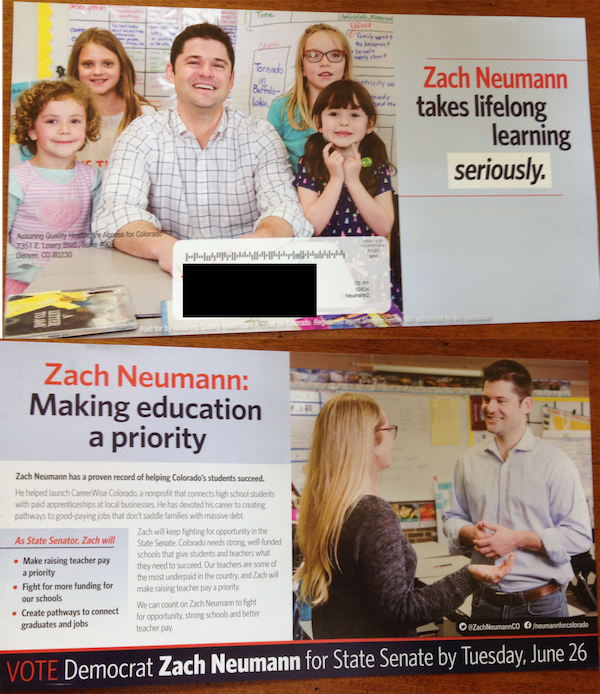 About the message: This mailer from Assuring Quality Healthcare Access for Colorado emphasizes Democratic Senate candidate Zach Neumann's focus on education. He faces Hazel Gibson and Robert Rodriguez in the June 26 primary. The group sending the mailer is an independent spending committee, which isn't supposed to coordinate with candidates. It is supporting several other candidates for the state legislature.