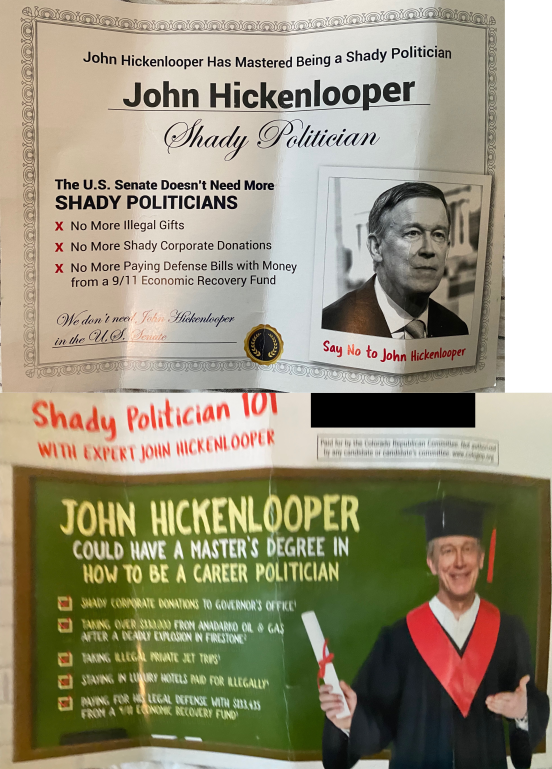 This mailer from the Colorado Republican Party accuses former Democratic Gov. John Hickenlooper of taking $330,000 from an oil and gas company that caused a deadly explosion at a Firestone home, of taking "illegal private jet trips" and more.

Hickenlooper is challenging Republican Sen. Cory Gardner, who has used some similar claims in his TV ads, as have his supporters.

A 9News Truth Test noted that the survivor of the Firestone explosion asked that one of the ads be taken down (it wasn't) and that Hickenlooper isn't the only governor who has accepted corporate donations to fund jobs in the governor's office. The most recent Republican governor did too.

Another recent Truth Test of a Gardner ad noted that the Colorado Independent Ethics Commission found Hickenlooper of only two violations among multiple allegations, only one of which involved a plane trip.

This mailer is one of many the state GOP is sending disparaging the Democratic candidate.